enrG IV has a full staff of licensed, medical professionals. Our team includes expert​s​ who have been specially trained in IV Vitamin Therapies and Functional Medicine. 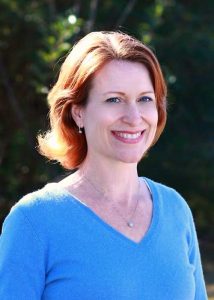 Dr. Miller realized even when she was beginning medical school that she wanted to practice medicine with an openness to all approaches that had proven potential to make people healthy.

The victim of a car accident, Dr. Miller suffered with pain for two years, at which time a nurse referred her to a physician who practiced acupuncture. After ten visits, she had found results that had eluded her with conventional medicines and physical therapy. Following medical school, she wanted to serve her residency at an institution that would further her knowledge of integrative medicine. She chose the Mayo Clinic in Scottsdale. Along with her residency training, she learned acupuncture at UCLA and trained at the University of Arizona, Tucson, under Dr. Andrew Weil, the world-renowned leader and pioneer in the field of integrative medicine.

A few years later, when Dr. Miller’s husband came to Birmingham to work at UAB, Dr. Miller started her medical practice in Birmingham, meeting her professional goal of integrating scientific and natural approaches to health care for her patients. 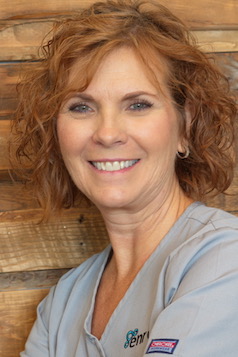 Janet Baker is a Registered Nurse who specializes in Functional Medicine and Weight Management. Janet enjoys working with patients who have been diagnosed with autoimmune and metabolic diseases. She has also investigated the role nutrition and genetics play in improving patient lives.

Janet has been in the medical field since 1995. She began her career in nursing at the University of Alabama at Birmingham Hospital where she worked in the intensive care units. Later on she worked at St. Vincent’s East as a charge nurse in orthopedics. But her most challenging role as a nurse was helping to care for her father when he was diagnosed with cancer at the age of 81. Her father’s age challenged her to look outside traditional medicine to help him continue to live his life without pain or surgery.

Janet has worked in integrative and functional medicine for the last 9 years. She has a passion for improving metabolism naturally and helping the body to heal with the nutrients it requires. Outside of helping people achieve optimum health, her current interests lie in networking and collaborating with like-minded practitioners to promote the practice of functional medicine in the Gulf Coast area.

We offer a variety of signature IV cocktails to choose from to treat hangovers, fatigue & jet lag, and enhance athletic performance. Let one of our licensed professionals help you decide which treatment is right for you. Choose from IV drips, B12 boost shots, mega weight loss solutions, or oxygen and aromatherapy services.

Functional medicine seeks to discover the root cause of symptoms, and treat it through natural means. It views the body as one integrated system, not a collection of independent organs divided up by medical specialties. This technique results in finding connections and relationships that lead to the core problem. Functional medicine does not replace traditional medicine. It enhances it by eliminating the root cause, stopping the symptoms altogether.

Ozone is a immune system modifier, which means it fundamentally changes the way your cells work. Oxygen molecules have two oxygen atoms, but ozone has three.  Ozone molecules come in contact with your cells and the third oxygen atom bonds easily to your cells to improve the way your body utilizes oxygen.